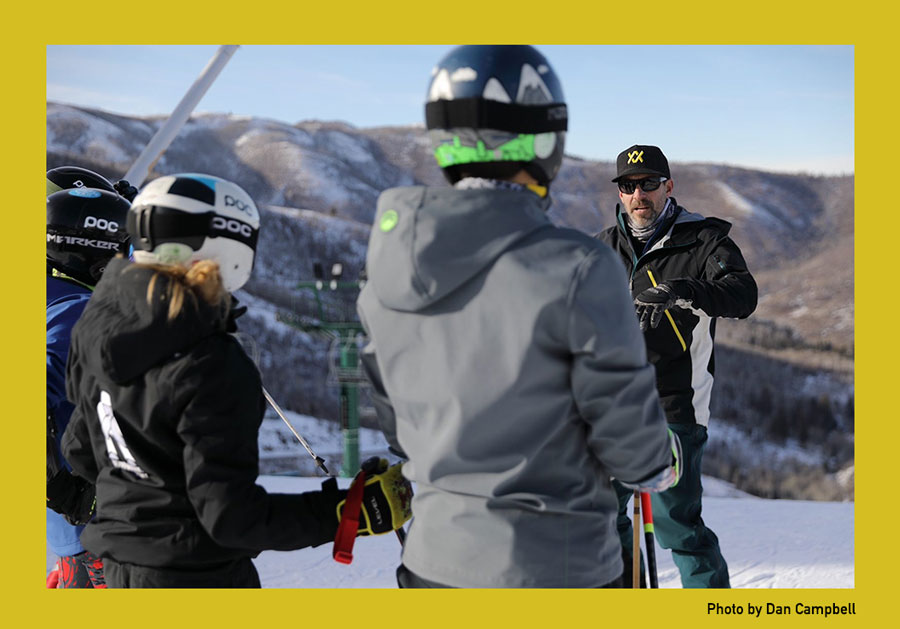 by Edith Thys | Thys writes for SkiRacing.com and RacerX.com

Marker Dalbello Völkl’s Generations Project started three years ago, with the development of an all new Völkl Junior Slalom ski. The company approached this challenge by looking beyond the existing method and tapped into the expertise of former World Cup athletes in the MDV family who are now raising the next generation of ski racers. Utilizing their combined knowledge and talent helped validate, refine and improve on the overall design of the equipment.

“With the Generations Project, we’re fortunate enough to use former World Cup racers and their kids helping to develop the new skis, and that’s a huge advantage,” says Geoff Curtis, vice president of marketing for MDV.
The process led to the redesigned Race Tiger junior slalom ski, available in five lengths utilizing a variety of constructions that match the needs for young athletes of all sizes. The ski debuted last season, to rave reviews. The next challenge, chronicled in the latest Generations feature, was the Race Tiger Junior GS ski.

The first installment features MDV athletes Giorgio Rocca and Manfred Pranger, each testing slalom skis with their kids in Italy and Austria, respectively. In the next video, Sonja Nef oversees training and testing with her two daughters in Switzerland. This third edition features MDV athlete Erik Schlopy and his son Spider, along with MDV representative Mike Curtis and his two sons, Lee and Bo, getting into the testing process for the company’s brand new Junior GS ski.

Schlopy and Curtis raced together at Burke Mountain Academy, before Schlopy went on to race 18 years on the World Cup and World Pro Ski Tour. Curtis went on to a career in the ski industry, first as a World Cup boot tech and then as a Völkl sales rep for the past 17 years. Their kids, ages 11-13, now race together on the Park City Ski Team.

One size does not fit all

Throughout the series, World Cup greats talk about the unique challenge of developing equipment for junior racers. “If the boots are too hard and a ski is too aggressive it becomes counterproductive for progression,” says Pranger. Rocca adds, “age means little when it comes to equipment.” The relevant factors to accommodate are height and, above all, weight. Schlopy points out juniors, even in the same age class, can be anywhere from 80-130 pounds. “You have to make something that works for them all,” he says. Accommodating all those needs requires a range of lengths and constructions.

Developing new skis is a continuous process of testing and adjusting design, but for a specific model, it is typically a year-long process. Ideally, skis imagined in September are available the following September. In between is extensive testing and communication between product developers and the factory. In years not hampered by Covid travel restrictions, new skis are underfoot for testing in February, into production in June, and delivered by early fall. For juniors this is just in time for fit nights at local ski shops.

The Generations effort enlisted a much bigger variety of testers than usual, and included athlete kids of these former World Cup skiers. In all, more than 70 slalom and GS prototypes were tested to develop the new junior skis and race plate.

At each test, athletes selected the best of four to five prototypes. The factory would then make the next batch of skis based on that feedback, and send them to the next test. This approach, while time-consuming and unusually meticulous for junior ski development, reveals the nuances that can make a huge difference in comfort and performance of an athlete’s setup.

In the American edition of the Generations Project, the kids test and validate the latest versions of plate and ski already in development. As with the new slalom skis, the GS models feature a wider, softer tip, which strikes the balance between ease and stability. As Curtis explains, “With the combination of the wider tip profile and the slightly softer tip and the new plate, you’re getting a nice smooth easy initiation.” Schlopy adds that this design also offers more control in rough courses.

The new GS ski is available in five lengths from 130-170. Moving up the size curve, the skis have an adjusted longitudinal profile, visible from the outside. Inside, they utilize different combinations of woods and titanal layers for added stability. Longer skis feature stiffer more resilient material, while the shorter skis utilize softer, springier materials.

The new GS ski tops out at a 19-meter radius (rather than 17) with a beefier construction that is much more appropriate at the high speeds that length ski will encounter. Two different-sized plates, based on ski length, allow for an ideal flex. The comprehensive effort marks an advance in junior ski design and confirms MDV’s commitment to junior ski racing.

Doing it right, keeping it real

The kids loved the experience of testing and, of course, being in a video, but they weren’t the only ones enjoying the process. “With Mike’s history and background, in racing and as a World Cup tech, he has so much technical experience and knowledge. It was fun for me to be involved with that,” says Schlopy.

Schlopy brought his own vast experience testing to help guide the kids in their approach. “We talked about differences to feel, and most importantly about how the snow conditions change throughout the test.” He introduced the youngsters to the testing protocol for alternating between the control ski and the test ski to assure a fair test. Both Curtis and Schlopy are careful not to get the kids too involved in the testing mindset. “You don’t want a 13- year-old wrapped up in thinking about equipment,” says Schlopy. But you do want to know it works. The unanimous verdict: It does!

Schlopy points out how fortunate junior skiers are with today’s technology. “I watch them arc their turns and they look like little World Cup skiers. It’s something that we weren’t able to do. They’re just taking it to the next level and MDV is helping them do that.”