Phantom VS. Meadow Foam VS. Fluorocarbon Wax VS. Environment

In today's climate of environmental concern and the potential health hazards of the many products that appear on the shelves of retailers, the ski industry is taking a hard look at the chemical makeup of ski wax and wax application safety measures.

As we reported earlier, an international review of low and high fluorinated wax, as well as base cleaner, led to an import ban of the popular LF and HF waxes. That was a tough one for ski racers and the everyday Tahoe speed freak. There's no doubt fluorinated ski wax makes a ski glide smoother, translating into a faster ride.

Wax companies were under pressure to review the chemical compound of their products and comply with US standards by the start of the 2019/2020 ski season. The target was to not only to inform the American skiing public of the active ingredients through consumer product labeling, but the EPA required complete verification of those ingredients.

Once the wax manufacturers and importers complied with US laws, the doors opened and all is well in the world of skiing, well almost. There is still a concern about potential health hazards during the application process. Ski techs are required to wear a facemask to prevent direct inhalation, and ski tech workshops are required to have overhead fans to pull the fumes out of the work area. All sounds good, but what about the environmental concerns? There are green base cleaners available, and many shops are using them. The industry is working hard not only to comply with EPA standards but also to develop more environmentally and user- friendly products. 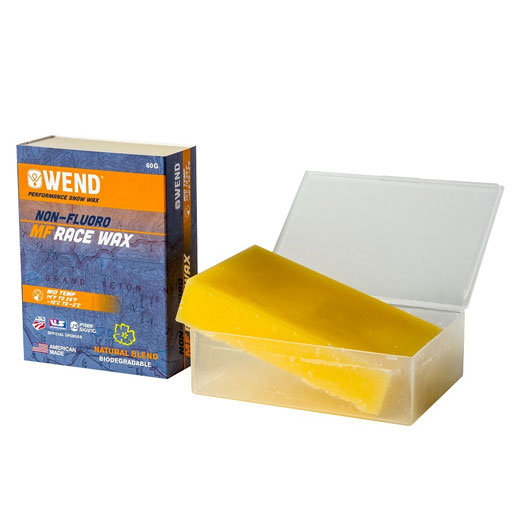 Wend has developed a green, plant-based ski wax using organic oil in place of fluorocarbon found in traditional waxes. Wend's environment-friendly wax compound they call Meadow Foam, is used by many notable skiers, Darren Rahlves is one of their biggest fans. 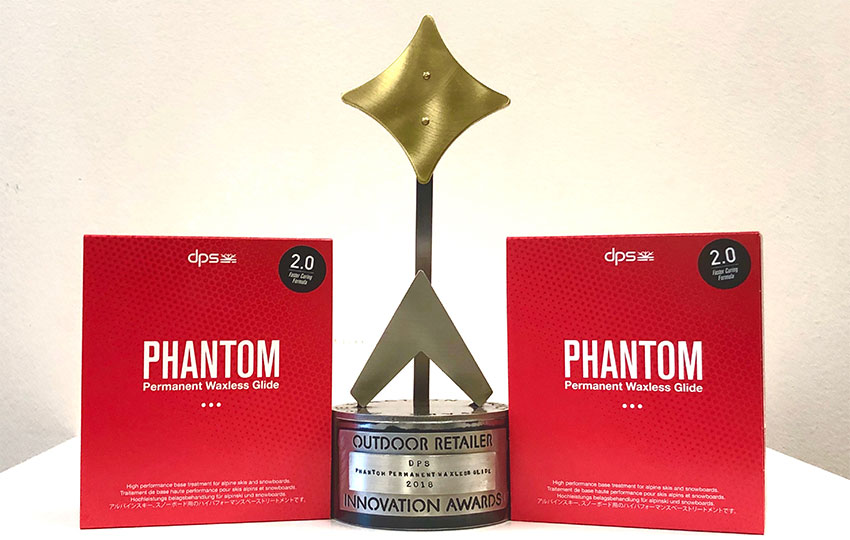 The most recent revelation in ski waxing comes from an unexpected source, Jeff Bates, Ph.D, Assistant Professor in Materials Science and Engineering at the University of Utah. Stephan Drake, the founder of DPS ski company, enlisted Bates to come up with an alternative to traditional waxing. After a few years of puddling with various compounds and waxing techniques, Bates came up with what is now called Phantom.

The composition of Phantom is quite different than that of traditional ski wax but maintains the glide performance. Many are touting a smoother, faster glider with Phantom and the application technique. Unlike regular ski wax, Phantom becomes a part of the ski base material. Ski wax is a layer that sheets the ski base. Yes, ski wax does seep into the open pores of the base, but it tends to wear off, and repeat waxing is required. Because the Phantom compound becomes a part of the base material, it doesn't wear off. Your skis will forever glide smoothly and noticeably faster.

Phantom has been on the market for a couple of seasons, and as typical with new products, new revelations occur. DPS techs are telling us that as good as the Phantom process is, the glide performance is further enhanced by stone-grinding the ski base after application. Remember stone-grinding sets a pattern on the base material, which allows the water content of snow to track down and away from the skis, breaking up surface tension. Stone-grind patterns are set according to snow temperatures. The warmer the snow, the more open the pattern, colder snow will dictate a more closed stone-grind pattern. The pairing of the Phantom application and stone-grinding has changed the ballgame.

Granite Chief Ski Service Center purchased the Phantom curing station last year. The feedback we've received is overwhelmingly two thumbs up. In the first season, we applied the Phantom curing process to 92 pairs of consumer skis. We're on track to doubling that number this season.

Our Phantom curing station is quick and precise. We can avoid the mishaps of trying to apply Phantom in low light conditions, extreme latitudes, or wetter climates where sunlight is less consistent. The cost of the Phantom wax is $100, and the curing application is $50.

We also sell the Phantom wax to the consumer for home curing. But beware the process is time consuming, and the optimal outcome is dependant on consistent temperature, sunlight, part A and part B process timing, and prep and soak time.